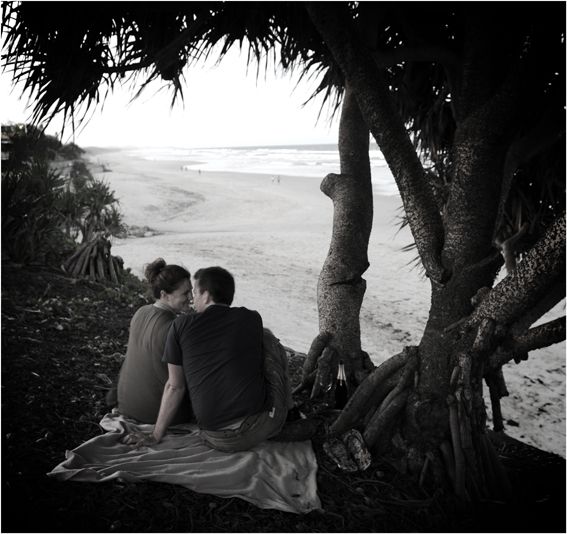 After over 4 years together, many countries, several moves and a couple of camera upgrades I thought it time to take the bull by the horns and take the simmsquinn partnership officially to the next level, An Engagement.

My window of opportunity came about on the 29th of February – the leap year. And traditionally the only day of the year where the woman can ask the man to marry them.

Wanting to make it a little special for Stu, I organised a secret treasure hunt for him through our lovely little beachside town, Coolum Beach.

He was to go between places collecting envelopes containing clues to the next destination as well as a couple of scrabble pieces.

He had a fantastic time (well it had to beat the job he was supposed to do that day – fixing up the shed after it was washed away in a recent massive storm!)

Starting with a package with some new clothes and then going between a haircut, ‘our’ cafe, private surf lessons, lunch with the boys, massage, the hardware shop and then as a final stop meeting me at ‘our’ beach for some champagne, nibblies and the final scrabble pieces – which spelt out asking him to marry me!

Obviously he said YES… (above is a pic of our little engagement picnic!) And so we are about to plan our own wedding… all very exciting.

While being very secretive in the days leading up to it I was interviewed by the very lovely Sam from the website Easy Weddings. She did a story on the day which appeared on the front page… it was all very cool!… (thank goodness he said yes hey!!) 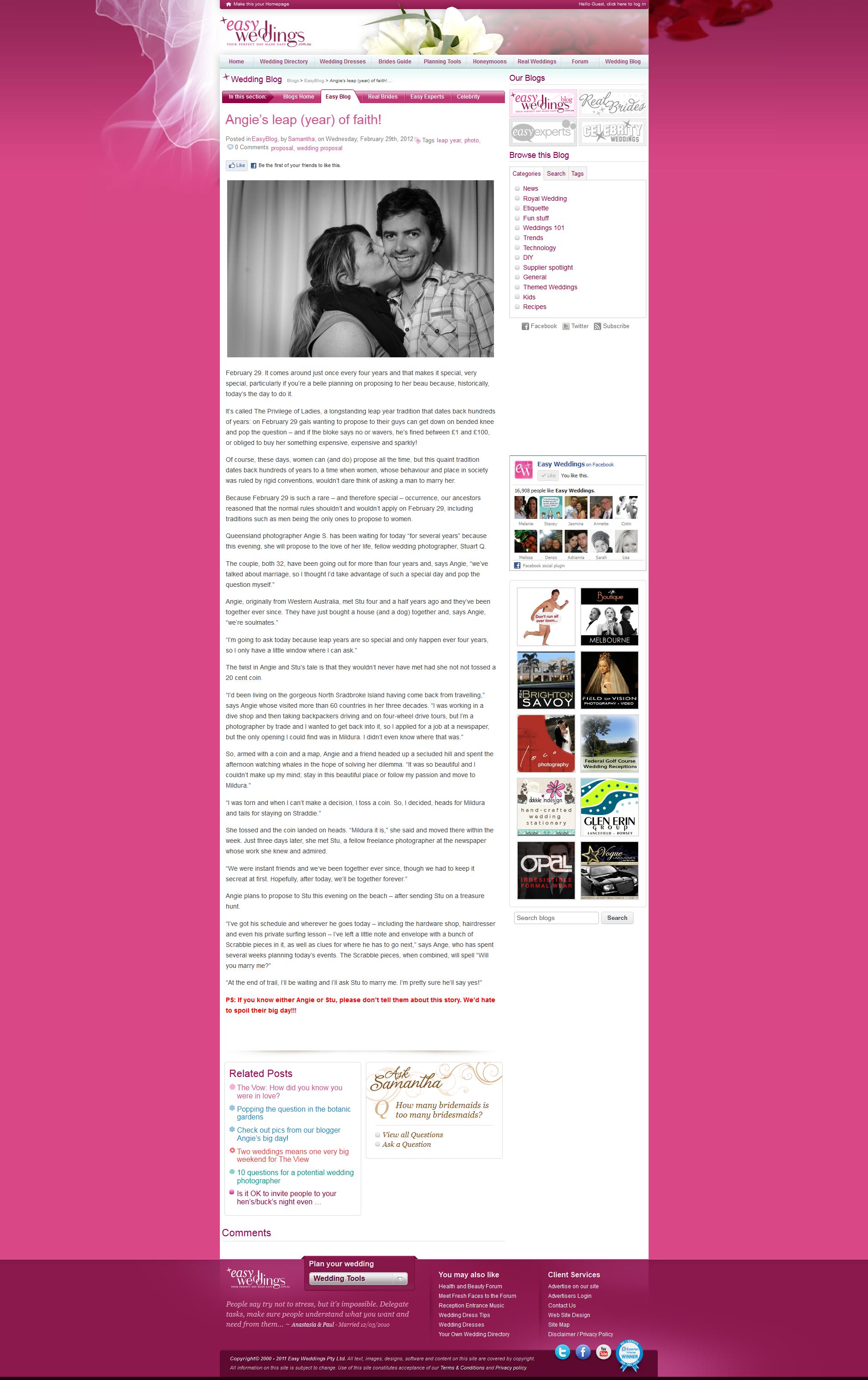 We were also the inspiration behind that days entry for good friend Lisa Chant’s daily blog ‘What can I learn today’ To check it out click here!