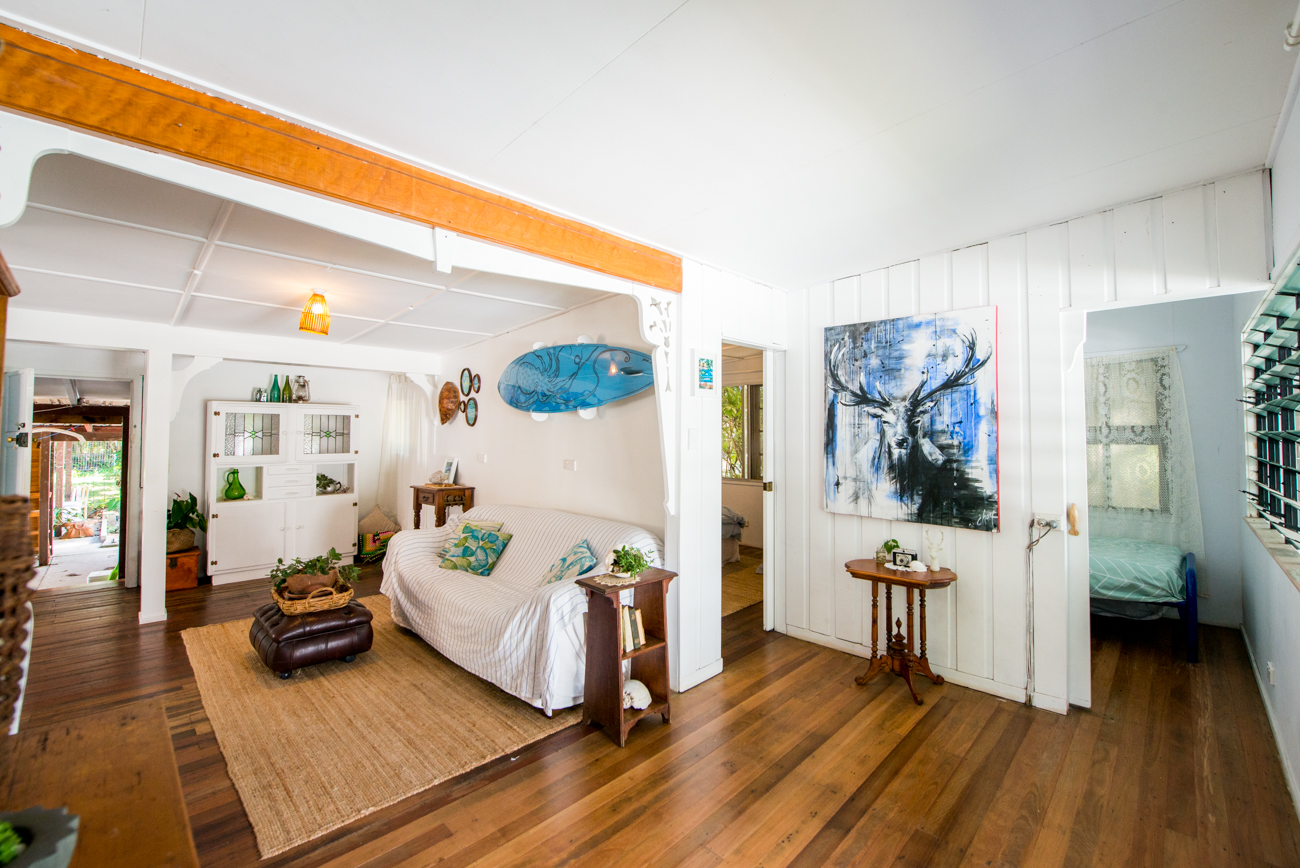 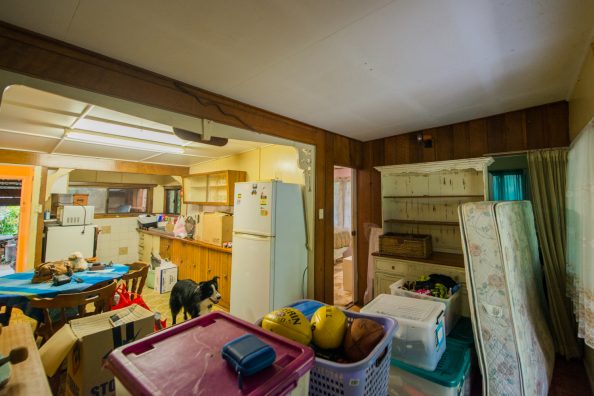 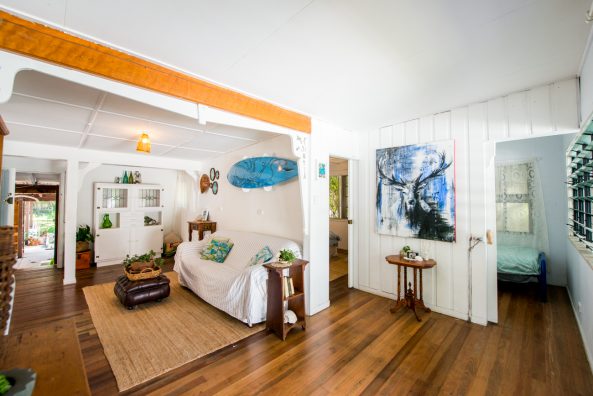 Everyone loves a Before and After shoot.

After so many months of looking for a house to buy, we were on our way to photograph another house and spontaneously stopped off at little, beach shack in Amity, that had been on the market for a while.

As soon as I walked through the front door (after fighting my way through the junglesque garden) I knew that we had found it, this was the one.

And thank Christ as well, it certainly wasn’t before time, the whole process had become very frustrating, all those offers, rejections, bank visits, the usual headaches of househunting.

Plus we hadn’t done the ‘in between’ houses very well (or maybe we did it perfectly – it depends how you look at it) but we had finished the lease on another house at Point Lookout and decided not to sign another one, we would just wing while looking to buy.

So this found us living a bit of a nomadic life, staying at the backpackers, one of the local resorts, a month here and there campervanning and snowboarding around New Zealand (now that part of the plan was pretty good) and ending up camping on Flinders Beach while we waited it out, which, luckily for us we all (Chester included) love camping, but we were still busy working as well, and it was coming into winter and it rained a lot that year, so I was pretty excited to have an end date to the rough living.

After so long searching for ‘the one’ you begin to think that it is never going to happen, but then suddenly there it was, the place we were going to call home, it was standing in front of us and crazily it ticked every box; Timber floorboards (under all that vinyl and carpet), on a main road, close to the beach (we have beach glimpses from the deck), character (oh it has that in droves) a real fixer-upper and it was in our price range – on the market for $380,000

These are some photos that I took on that first day 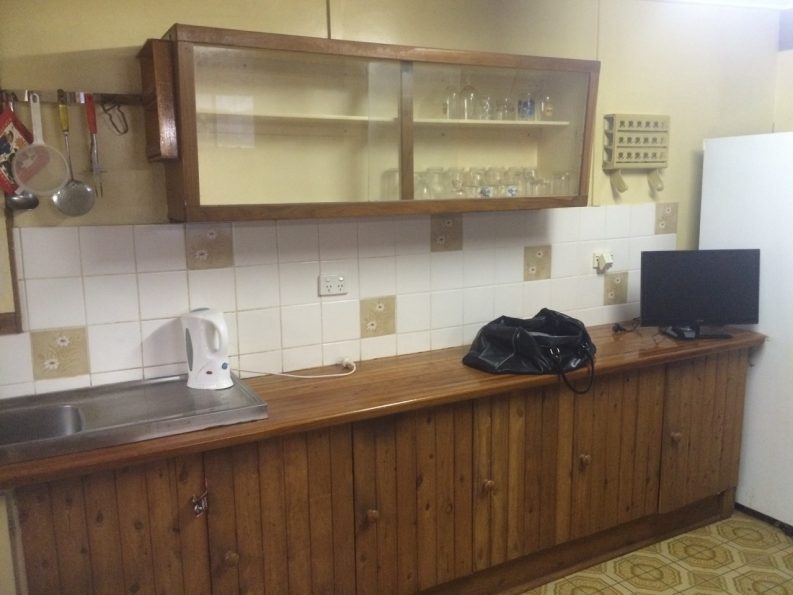 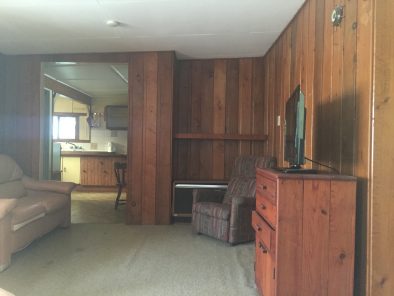 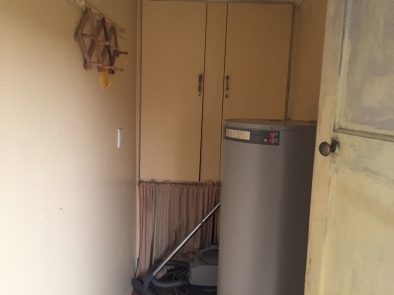 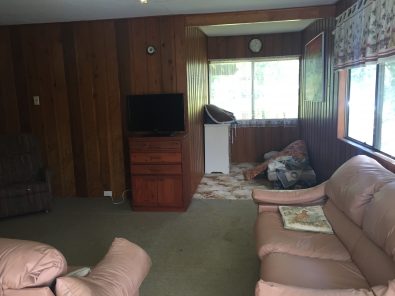 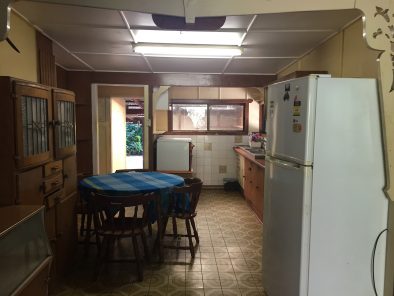 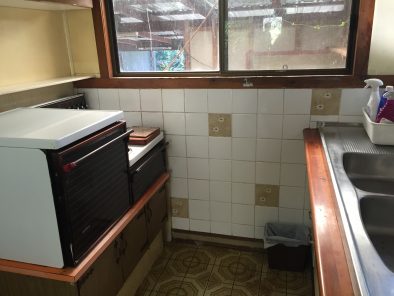 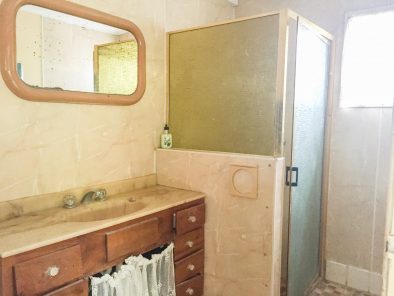 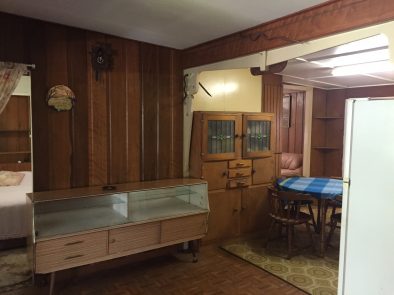 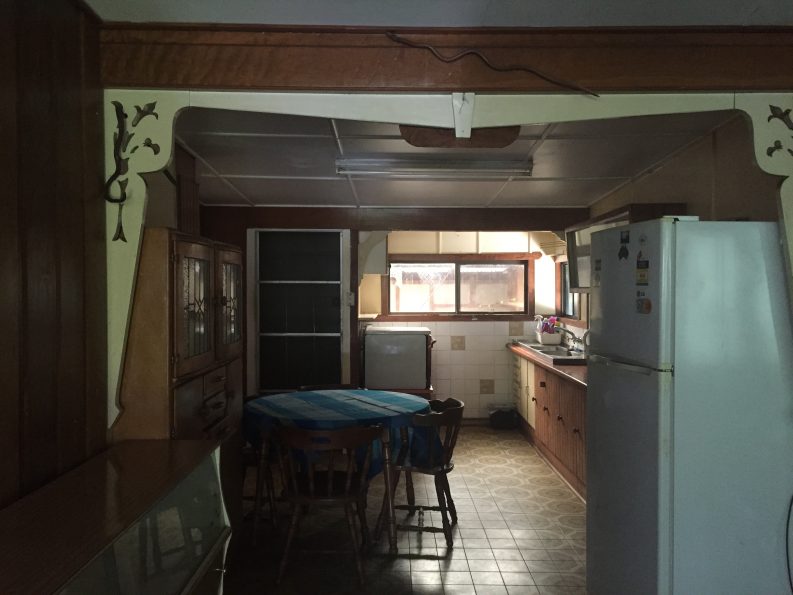 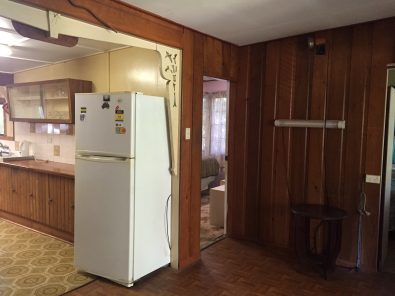 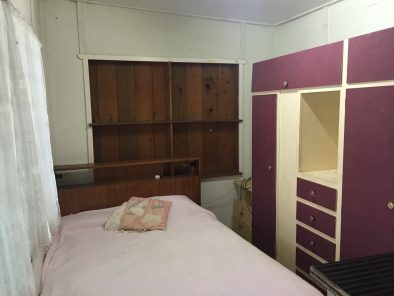 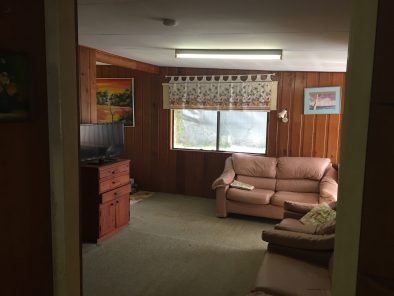 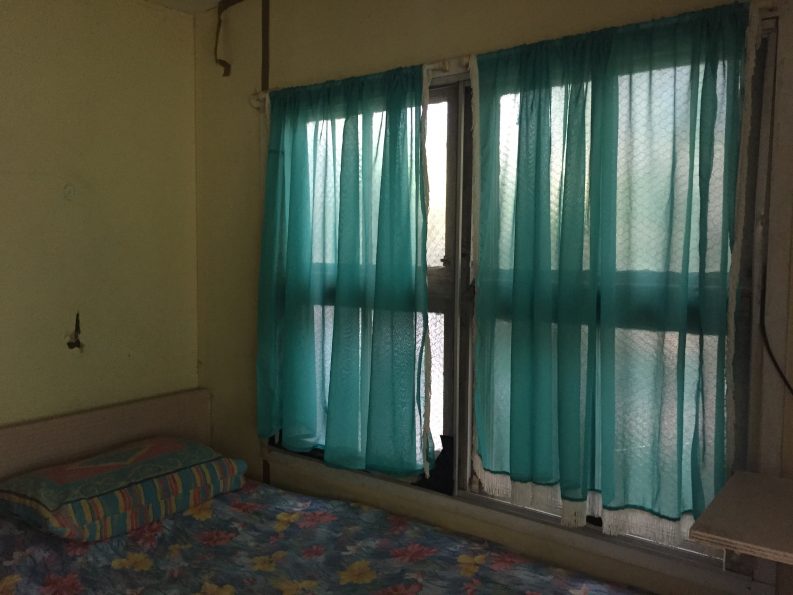 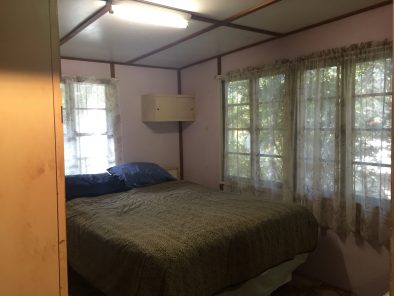 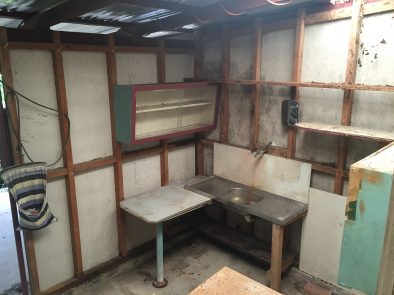 We were out front of the property chatting to the real estate agent Chris Ransley when we heard that another house we had put an offer on, had fallen through. So I think in our heads, we practically backed up the Navara and moved in right there, so we placed an offer – $340,000.

So that is how we found ourselves standing out the front of our rundown, overgrown, slightly wonky, little bit leaky new abode, swiping away the massive, hungry mosquitoes, contemplating the massive undertaking of renovating it.

“Hold my beer – we will have this done within the year”

Over two years later, finally we have broken it’s back and I can see the end, this little deserted, rundown house has once again been filled with love (and white paint!) I know you love a good Before and After (who doesn’t)

So here is the uh… landing/entrance hall. Just as you walk in and just where I was standing when I knew that this is where I was going to live.

The first photo was taken on the day that we moved in, they left it full of furniture and also all of our ‘moving in’ stuff is there.

The second one is our place now. 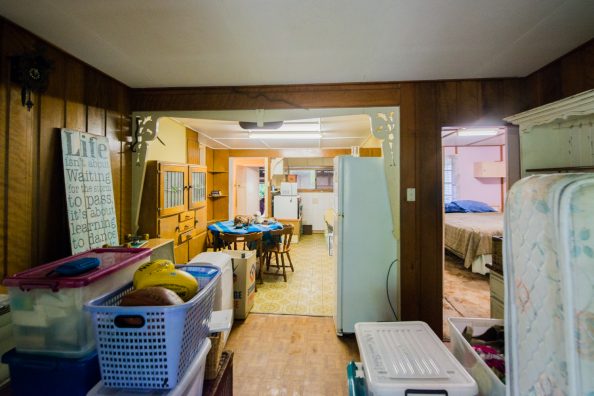 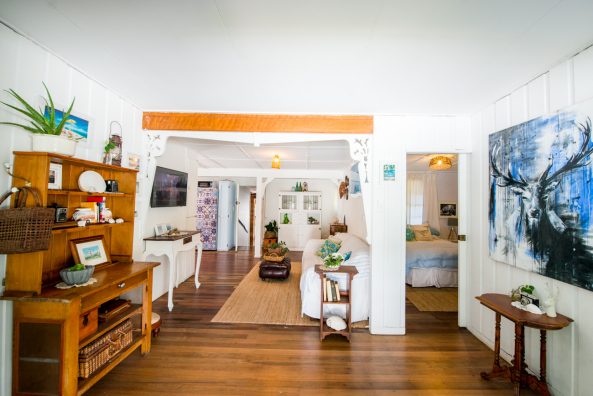