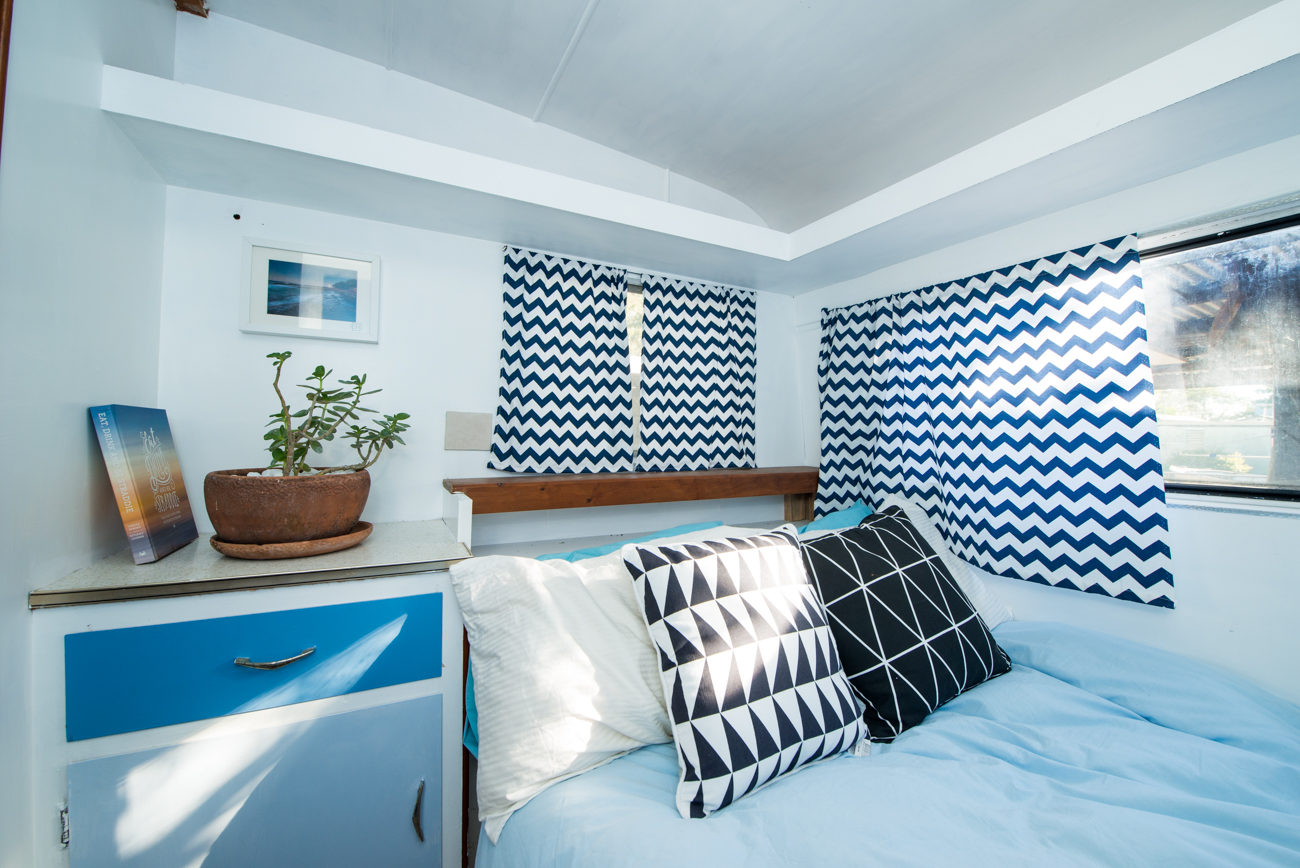 At sometime during the 40 plus box trailer loads of plant matter that we pulled out of this incredibly over grown property we discovered a caravan hidden in the backyard.

Yeah, ok, this is not totally true, of course we knew there was a caravan in the backyard when we bought the house, we just couldn’t get to it. It was hidden behind years and years of overgrown plants.

Pretty much as soon as we moved in, our new next door neighbour said to us that if we wanted to removed it, we needed to do it asap as they were building a deck and we wouldn’t be able to get it out, through their property after then, we were too busy to even think about it, the window passed and we just left it there.

So it wasn’t until months after moving in that we managed to clear a way to the front door and take our first steps in there – I do have Before photos somewhere in the archives, I just can’t find them, I will add when I do.

Oh man, what a mess.

Such a mess, it was full of junk and stuff and with evidence of animal habitation. It also had not a great vibe, stuff had happened in there. But it was dry and through the grime and dust I could see the potential (when no-one else could) Stu was all “We should have gotten rid of it when we had the chance” And I was all like “Don’t listen to him Caravan”

We were no where near being in a position to look at it so we filled it full of deep storage and sealed it up.

Fast forward a year (or so) and the time was right, we had almost finished the house and little bits were getting done to the backyard, so we pulled on our demolition shoes, and face masks, cranked up the podcast (S-Town got us through this) and started to tackle it. Before too long there was rubbish all over the backyard, and what rubbish, personal papers that we had no business being in possession of, some crazy medication that they don’t even make anymore, years of junk including smelly mattresses and three old school TV’s (what, why?) Everything went to the tip. 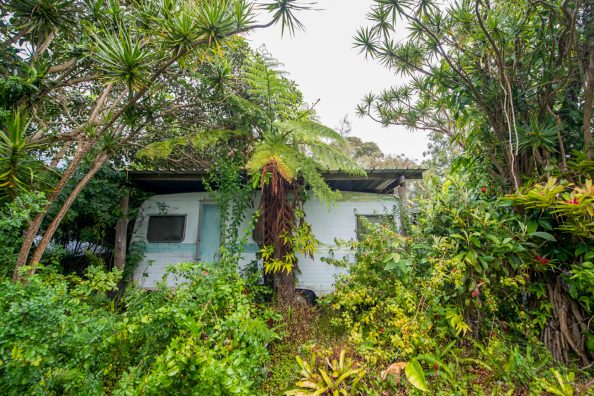 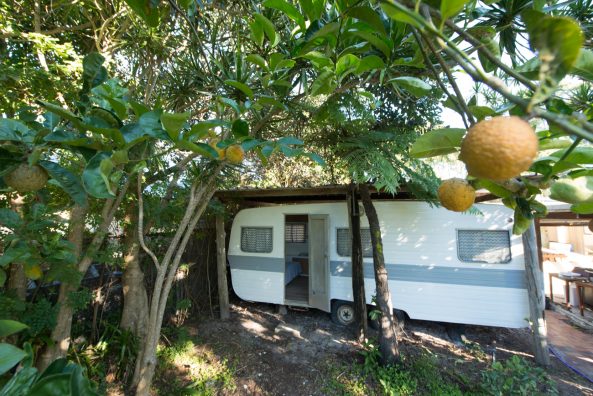 We then pulled out the old kitchen and blocked off the electrics, gas and whatever else we needed to, fixed up what we could, and then cleaned til we could clean no more, then we cleaned a little bit more. Bought a new mattress (special size… of course) put in some shelving, laid flooring, made and hung curtains and painted, inside and out.

Several podcasts, beers, weeks and swear words later we had a beaut little caravan sitting in our backyard.

It isn’t perfect, but we love it.

And so, it seems does our AirBnB guests.

We put that baby straight onto AirBnB and before too long it was filled with all sorts of interesting people from all over the world wanting somewhere a little different to stay, I’d say that is one freakin’ success story. 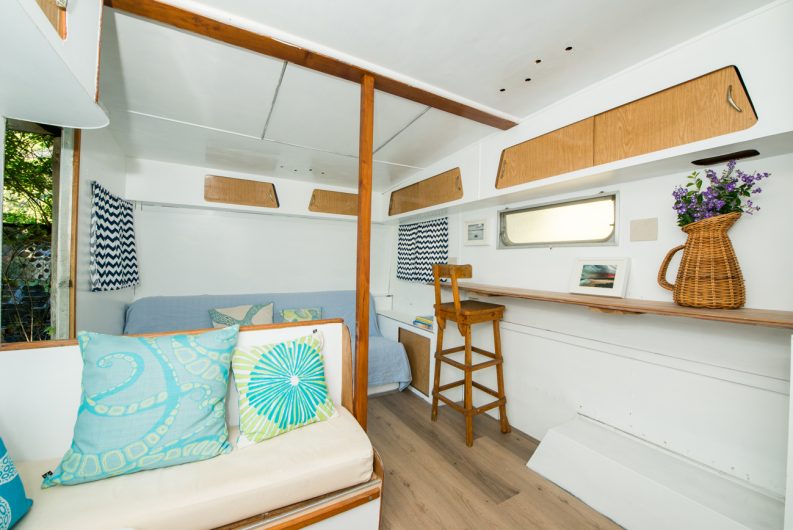 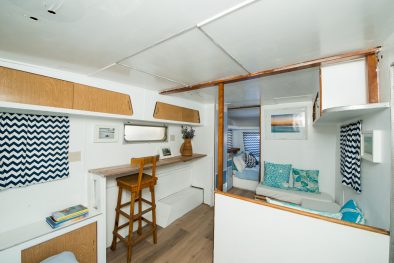 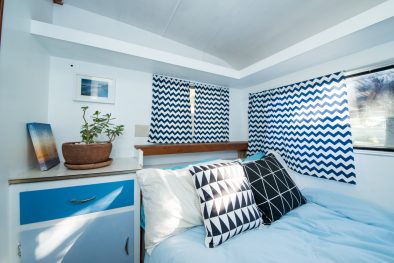