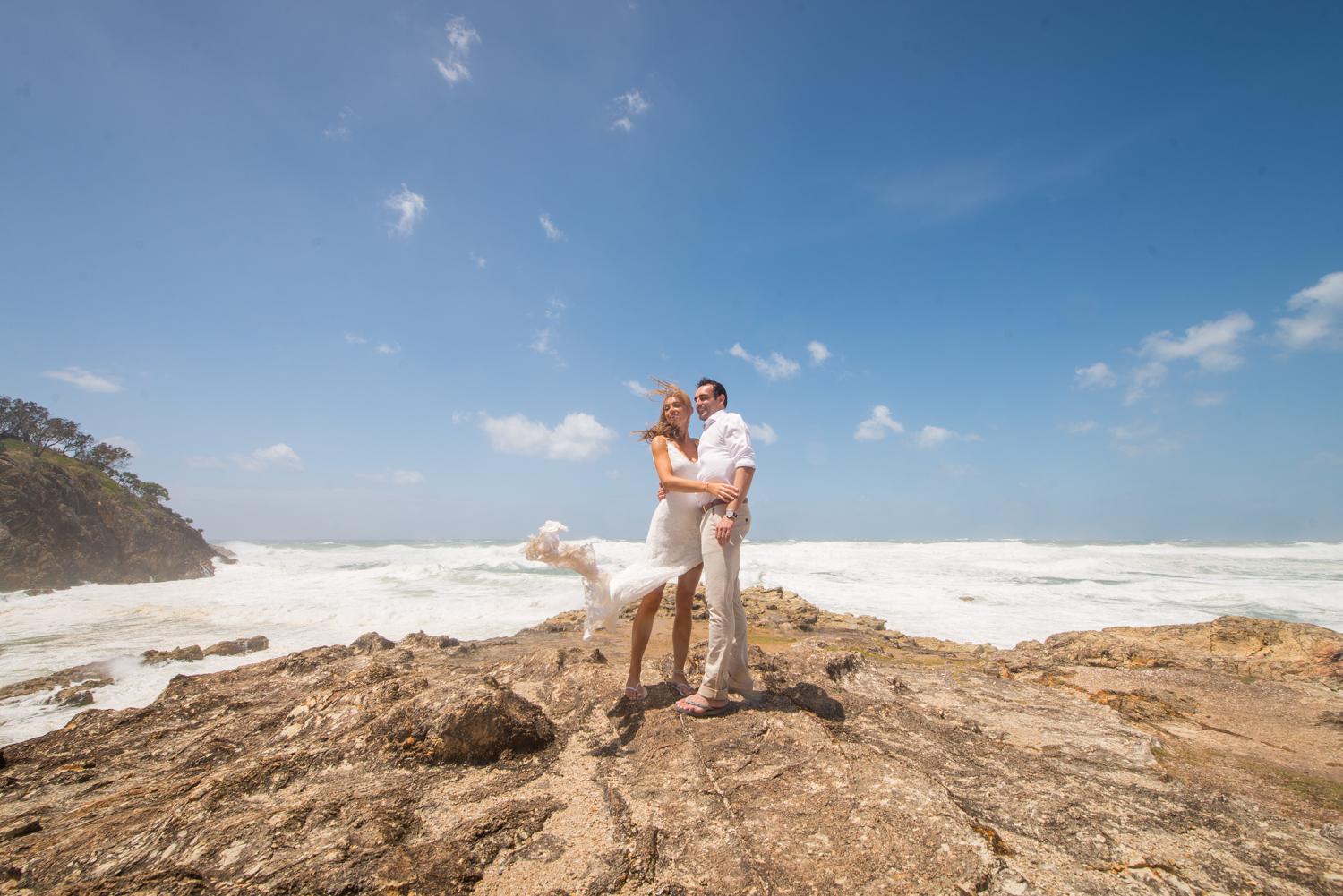 Six years ago Helen from Cork in Ireland and Ed from England met at their big crazy Sydney share house.

They were friends for a few weeks, with their flatmates continuously asking them ‘can you guys just get together already’

So they did them and chose an intimate elopement on our beautiful island with only one (univited guest) to crash the party…  Cyclone Oma.

It was hit or miss where the ceremony was going to be, would it rain, would the weather force these guys undercover and abandon their dream wedding on the beach.

But our favourite wedding planners Stradbroke Island Events were all over it and set the arbor up on the leeward side of Point Lookout, on Home Beach, out of the worst of the weather. Even here it was still wiley and rough, with the ocean tearing up the beaches and the wind ripping through at over 60km per hour (thanks to the wrath of Oma we struggled to open our car door at Main Beach)

But Helen and Ed, they braved it and I have to say it was the most beautiful heartfelt ceremony, standing on the beach, in the morning sun, just them, Sheryl the celebrant and us (and Oma, making her presence known)

Their words being ripped away but not before reaching each others ears, and oh gawd… the waves pounding the beach finally and dramatically breaking over the edge and into the arbour swirling around their feet at the very moment of their first kiss, it was beautiful, and melodramatic and actually pretty freakin’ perfect.

They were not at all afraid of going out into the weather and we braved windswept Main Beach Headland, you could honestly barely stand upright in this crazy wind and yet there they were in their wedding regalia, happy and loving everything mother nature was throwing at them.

Then they settled into a very cool lunch, tucked behind the paperbarks and out of the prying eye of cyclone Oma, it was really quite something special.